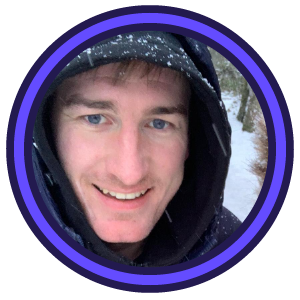 Snoop has changed the way I use my money and the way I see the world of finance, for the better

I’m 32 and am a very proud daddy of twins! Hard work but also the best thing ever. We have a fair amount of debt attributed to making a better home for our babies and I’ve been using Snoop to help manage our finances.

It’s been so useful finding new avenues to explore and opportunities to understand the world of savings/finance. For me Snoop is easily described as ‘Money Saving Expert Volume 2: The Superior Sibling’.

I believe it so much I invested in the recent crowdfund on Seedrs. Without overstating, it’s changed the way I use my money and the way I see the world of finance, for the better.

My ‘money journey’, as I have newly coined it, has been considering my age fairly short. Up until my late twenties money was of very little concern to me. I had disposable income, so money had little meaning to me. Then I got a mortgage, which increased my awareness of money management, but only just. My partner and I then found out we were having twins. We needed a bigger house, bigger car, bigger fridge and everything you need for a baby, times 2! We needed more money…

Well, actually what we needed was to be better with the money and credit we did have. Thus began our ceaseless worry of how can we afford to do this. The question was always how can we, because invariable we could afford, with the right planning. Positivity probably helps a little too.

Then I found Snoop, which I came across in my search for something to help me manage my money better. Up until this point I found my banking app to be adequate but not particularly user friendly. It was more of a records system than anything – unfortunately, it still is. Snoop gave me ideas and places to look that I hadn’t thought of before. Sometimes this was just down to oversight but other times it was because I didn’t know, what I didn’t know.

Having someone/something prompting me to have a look at my bills because I am paying more on X than the average in the UK is pretty useful. Letting me know about deals in places I regularly use, makes so much sense.

This month I have managed to save money on our food shop, things we routinely buy, twice. I have had very timeous advice about home insurance as we were renewing ours. The payment forecasts are especially useful. Having a full picture of what is due out of my account at any one time makes managing money for us a great deal easier.

I have so far found the app itself very intuitive and aesthetically pleasing. It isn’t clogged up, but it is also not under detailed. It’s a really good balance of quality content and user friendly-ness. I have set myself the challenge of using every function on the app at least once in February. We’ll see how it goes…